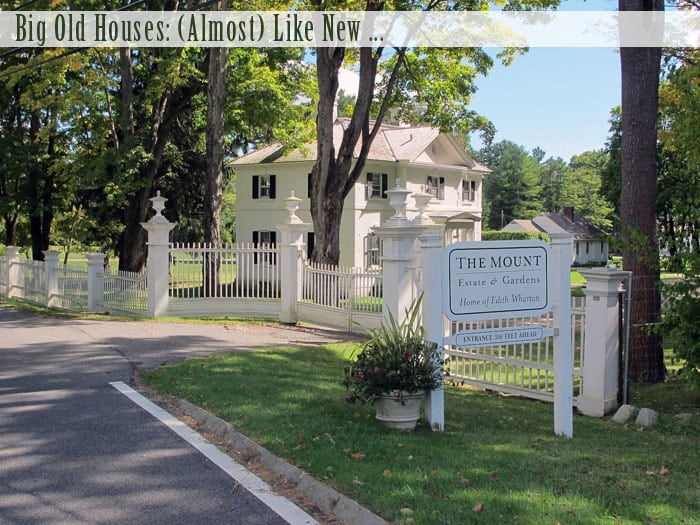 Hearing that his friend Edith Wharton had bought a fancy car with the proceeds of a fat book contract, the eminent author Henry James observed, “With the proceeds of my last novel, I purchased a small go-cart…on which my guests’ luggage is wheeled from the station to my house …. With the proceeds of my next novel, I shall have it painted.” “Rich,” of course, is a relative term, but I think we can safely describe Edith Wharton as relatively rich. The image below shows her at about the time she and her husband Teddy were building their country place in the fashionable summer colony of Lenox, Mass. According to “Lively Week at Lenox,” in the New York Times of July 21, 1901, “Mr. and Mrs. Edward Wharton are to erect a summer place on the shores of Laurel Lake …. The place will be a very complete one.” Edith called it The Mount. Read More…