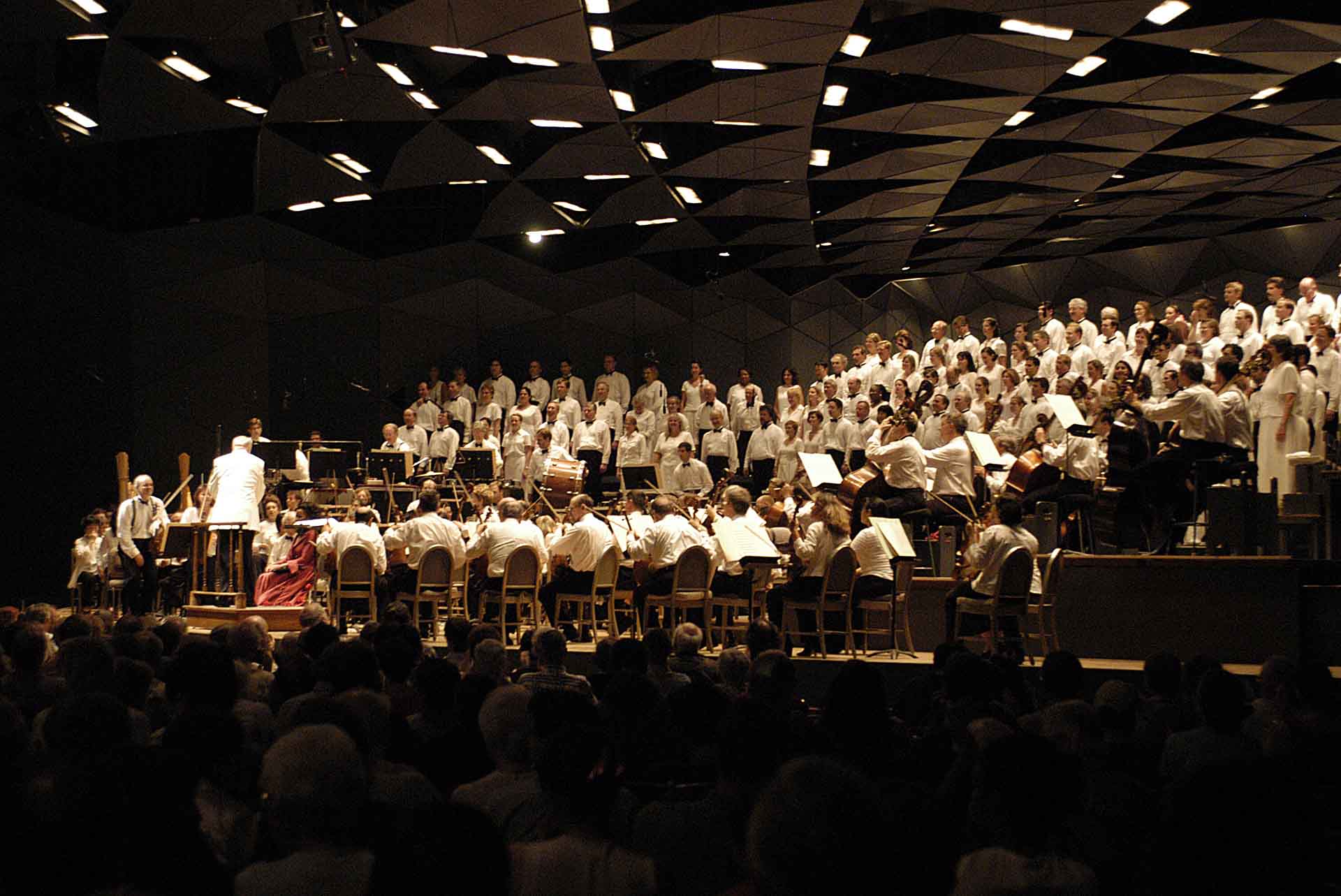 TICKETS, PRICED FROM $9 TO $117 FOR REGULAR SEASON CONCERTS, ARE AVAILABLE AT TANGLEWOOD.ORG OR 888-266-1200; TANGLEWOOD OFFERS FREE LAWN TICKETS TO YOUNG PEOPLE AGE 17 AND UNDER AND A 50% DISCOUNT ON LAWN TICKETS TO COLLEGE AND GRADUATE STUDENTS

Tanglewood, one of the world’s most beloved music festivals and the famed summer home of the Boston Symphony Orchestra located in the beautiful Berkshire Hills of western Massachusetts, celebrates its 75th anniversary season, June 22-September 2, with a spectacular lineup of musical guests and programs that spotlight Tanglewood’s rich tradition of presenting summertime concerts at their best since 1937.

In addition to a number of historically relevant programs replicating some of Tanglewood’s earliest concerts and presenting eight new works in their world premiere performances, Tanglewood’s 75th Anniversary celebration will reach out to a worldwide audience by way of international radio broadcasts and first-ever recording and educational programs presented through tanglewood.org.  The summer season will celebrate this special anniversary season in style with two gala concerts—a John Williams 80th Birthday Celebration and the Tanglewood 75th Anniversary Gala concert on July 14, each featuring world-renowned artists, many of whom have had close ties with the festival for many years. The July 14 concert has been added to the PBS Arts Summer Festival and will air nationally on Friday, August 10 at 9 p.m. ET as part of GREAT PERFORMANCES.

On the fun and light hearted side of the BSO’s Tanglewood 75th season, the anniversary will also be celebrated with a specially commissioned commemorative poster and stamp.  The 2012 Tanglewood season also offers a wide variety of family-fun activities and discounted ticket options, including free lawn tickets to those age 17 and under.  Further details about the Tanglewood 75th anniversary season are available at tanglewood.org. 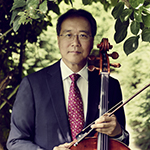 Globally acclaimed cellist Yo-Yo Ma—a beloved Tanglewood fixture who has performed at the festival in all but one summer since 1983—opens the 2012 Tanglewood pre-season with two performances featuring the Silk Road Ensemble in Ozawa Hall Friday, June 22, at 8 p.m., and Sunday, June 24, at 8 p.m. With musicians from around the globe who specialize in presenting musical riches from along the ancient Silk Road trade routes, the Ensemble performs a special program that reflects a diversity of styles and nationalities, combining Western and non-Western instruments from the old and new worlds in ways that transcend cultural boundaries. Yo-Yo Ma first performed at Tanglewood on July 31, 1983, and has appeared at the festival nearly every season since, performing with the BSO more than 30 times. Ozawa Hall tickets have sold out, but lawn tickets remain available for these performances.

On Saturday, June 23, at 7 p.m., the Koussevitzky Music Shed welcomes back Canadian singer and pianist Diana Krall, who last appeared at Tanglewood in 2009. The double platinum-selling and five-time Grammy Award-winning recording artist is known for her distinctive jazz stylings across a range of repertoire, especially tunes from the American songbook.

The Mark Morris Dance Group makes its annual appearance in two highly anticipated concerts Thursday, June 28, at 8 p.m., and Friday, June 29, at 8 p.m., collaborating as usual with Fellows of the Tanglewood Music Center. The program this year includes three Morris works: Something Lies Beyond the Scene, set to William Walton’s Façade: An Entertainment and featuring soprano and longtime TMC faculty member Phyllis Curtin as speaker; Rock of Ages, set to Schubert’s Piano Trio No. 2 in E-flat, D.897, Notturno; andFestival Dance, set to Johann Hummel’s Piano Trio No. 5 in E, Op. 83. The Mark Morris Dance Group first performed at Tanglewood on June 29 and 30, 2003. These performances are the group’s ninth appearance at Tanglewood. In recent seasons, Mark Morris has worked with Tanglewood Music Center Fellows, directing Stravinsky’s Renard for a performance in 2009, and an evening of Milhaud’s Opéras-minutes in 2011.

American Public Media’s A Prairie Home Companion, with the inimitableGarrison Keillor and a colorful cast of friends from the shores of Lake Wobegon, has become a favorite Tanglewood tradition since it was first broadcast from the Boston Symphony Orchestra’s summer home in 1998. This season, the program once again takes residence and broadcasts live from the Shed Saturday, June 30, at 5:45 p.m.

James Taylor, another beloved and annual Tanglewood guest, returns with his astonishing band and surprise guests for three performances Monday, July 2, Tuesday, July 3, and Wednesday, July 4, all at 7 p.m., of a program calledJames Taylor at Tanglewood, reflecting the style and the songs that have made him an icon. Mr. Taylor has performed at Tanglewood in concert more than 30 times since his first appearance in 1974, and has made numerous special guest appearances. The proceeds of the July 4 concert, which will be followed by Tanglewood’s annual Independence Day fireworks display, will be donated to Tanglewood. Shed seats have sold out for the July 4 concert, but a limited number of lawn tickets are still available.

The 2012 Tanglewood pre-season concludes Thursday, July 5, with the always outstanding Emerson String Quartet. In an 8 p.m. Ozawa Hall program juxtaposing the classic and the new, the group performs Mozart’s String Quartet No. 21 in D, K.575, composed in 1789 on commission from the King of Prussia; internationally acclaimed British composer Thomas Adès’s Four Quarters, which illustrates nature’s changing colors over the course of a single day; and Beethoven’s late String Quartet No. 13 in B-flat, Op. 130, with the original Große Fuge finale. 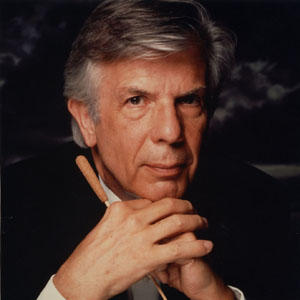 To open the 75th Tanglewood season, revered conductor and 1952 Tanglewood Music Center alumnus Christoph von Dohnányi joins the BSO on Friday, July 6, for a reprise of Tanglewood’s first-ever opening night program: Beethoven’s Leonore Overture No. 3 and Symphonies Nos. 5 and 6. The following night, Kansas City Symphony Music Director Michael Sternmakes his BSO and Tanglewood debuts in a concert featuring popular soloistsJoshua Bell and Edgar Meyer and a program including the world premiere of Mr. Meyer’s Double Concerto for violin, double bass, and orchestra, as well as works by Barber and Tchaikovsky. On Sunday afternoon, July 8, the Boston Pops Orchestra gives its first Tanglewood 2012 performance in a concert led by conductor Keith Lockhart featuring Broadway superstar Bernadette Peters in selections such as Let Me Entertain You,Fever, and Some Enchanted Evening. Sunday night brings the season’s first appearance by another of the festival’s regular ensembles, the Tanglewood Music Center Orchestra, in a program featuring music by Dvořák, Prokofiev, and Respighi, as well as the world premiere of Gunther Schuller’s Dreamscape. On Wednesday, July 11, violinist Anne-Sophie Mutter and pianist Lambert Orkis give the US premiere of Andre Previn’s Violin Sonata No. 2 and perform works by Mozart, Schubert, and Saint-Saëns. Ozawa Hall then welcomes Sequentia, directed by Benjamin Bagby—one of the world’s most respected and innovative ensembles for medieval music—on Thursday, July 12, for The Rheingold Curse: A Germanic Saga of Greed and Vengeance, which draws its inspiration from the medieval Icelandic saga, the Edda.

TICKET INFORMATION IN BRIEF
Tanglewood, this year celebrating its 75th anniversary as the summer home of the Boston Symphony Orchestra, opens on Friday, June 22, with the return of Yo-Yo Ma and his Silk Road Ensemble, and closes September 2, with a Boston Pops concert led by Thomas Wilkins and featuring the ever-popular Michael Feinstein. Shed and Ozawa Hall seats have sold out for June 22, June 24, and July 4, but a limited number of lawn tickets are still available. For detailed information about the 2012 Tanglewood season, including how to purchase tickets, priced from $9 to $117 for regular season concerts (non-benefactor tickets to the July 14 Gala Anniversary Concert are priced from $30 to $250), visit www.tanglewood.org. Tickets are available through Tanglewood’s website, www.tanglewood.org, and throughSymphonyCharge at 888-266-1200. Tanglewood continues to offer free lawn tickets to young people age 17 and under and a 50% discount on lawn tickets to college and graduate students.

TANGLEWOOD 2012 SEASON HIGHLIGHTS
Tanglewood’s 75th anniversary season will present a spectacular lineup of musical guests, while honoring legendary moments from the festival’s rich tradition of presenting summertime concerts since 1937. The anniversary season will also look to the future with eight world premieres and new media initiatives including international radio broadcasts and major new streaming offers free to a worldwide audience.  The Tanglewood 75th anniversary gala concert on July 14, featuring many of the iconic artists identified with the festival, has been added to the line-up of the PBS Arts Summer Festival and will air nationally on Friday, August 10 at 9 p.m. ET as part of GREAT PERFORMANCES (check local listings).

In addition to the star-studded gala concerts and historically resonant programming, Tanglewood’s 75th Anniversary will reach out to a worldwide audience by way of international radio broadcasts; an extraordinary offer of 75 Free Digital Streams, available for purchase after a 24-hour free period; as well as free digital streams of master classes for the Fellows of the Tanglewood Music Center (TMC), the BSO’s renowned summer music academy for the advanced training of young professional-caliber musicians.

On the fun and light hearted side of the BSO’s Tanglewood 75th season, the anniversary will also be celebrated with a specially commissioned commemorative poster and stamp.  In addition, special anniversary banners will appear in towns throughout the Berkshires and a series of musical instrument sculptures will be scattered throughout the region to remind visitors of the anniversary.

BRIEF OVERVIEW OF TANGLEWOOD, THE BSO’S SUMMER HOME SINCE 1937
One of the most popular and acclaimed music festivals in the world, Tanglewood—the Boston Symphony Orchestra’s summer home since 1937—is located in the beautiful Berkshire Hills between Lenox and Stockbridge, Massachusetts. With an average annual attendance of more than 300,000 visitors each season, Tanglewood has a $60 million impact on the Berkshire economy each summer. Tanglewood presents orchestra concerts by the Boston Symphony, Boston Pops, and visiting ensembles, featuring many of the greatest classical musicians of our time; recital and chamber music concerts in the intimate setting of Ozawa Hall; programs highlighting the young musicians of the Tanglewood Music Center; performances by some of today’s leading popular artists; and a season-ending Labor Day Weekend festival. Tanglewood is family-friendly, with free lawn tickets available for children and young people age 17 and under, a 50% discount on Friday-evening lawn tickets for college and graduate students, and a variety of special programs for children, including Kids Corner, Watch and Play, and the annual Family Concert, this year to take place Saturday, August 25. Tanglewood is also the home of the Tanglewood Music Center, the BSO’s preeminent summer music academy for the advanced training of young professional musicians, and Days in the Arts, a multi-cultural arts-immersion program that gives 400 fifth-, sixth-, and seventh-graders from communities across Massachusetts the opportunity to explore the arts throughout each week-long session of the summer. These are just two of the BSO’s many educational and outreach activities, for which more information is available at www.bso.org—the largest and most visited orchestral website in the country, receiving about 7.5 million visitors annually and generating over $70 million in revenue since its launch in 1996.  The Boston Symphony Orchestra is online at www.bso.org. Music lovers can follow the BSO on Facebook at www.facebook.com/bostonsymphony or on Twitter at www.twitter.com/bostonsymphony.

SPONSORSHIP
The Bank of America Charitable Foundation is proud to support Tanglewood and its education initiatives for Massachusetts students. Commonwealth Worldwide Chauffeured Transportation is proud to be in its ninth year as the official chauffeured transportation provider of the BSO. Steinway & Sons Pianos selected exclusively for Tanglewood. This Week at Tanglewood is sponsored by Harvard University Extension School.

TANGLEWOOD CONCERT LISTING, JUNE 22-JULY 5
All programs and artists are subject to change

Friday, June 22, 8 p.m. Ozawa Hall
Sunday, June 24, 8 p.m. Ozawa Hall
Silk Road Ensemble
with Yo-Yo Ma, cello
The celebrated Silk Road Ensemble and the remarkable Yo-Yo Ma return to Ozawa Hall for an intimate presentation of musical riches from the along the ancient trade routes. With musicians from around the globe, the Ensemble will perform a special program that reflects a diversity of styles and nationalities, combining Western and non-Western instruments from the old and new worlds in ways which transcends cultural boundaries.