The Mount Takes Edith Wharton Personally in 2012 | The Rogovoy Report 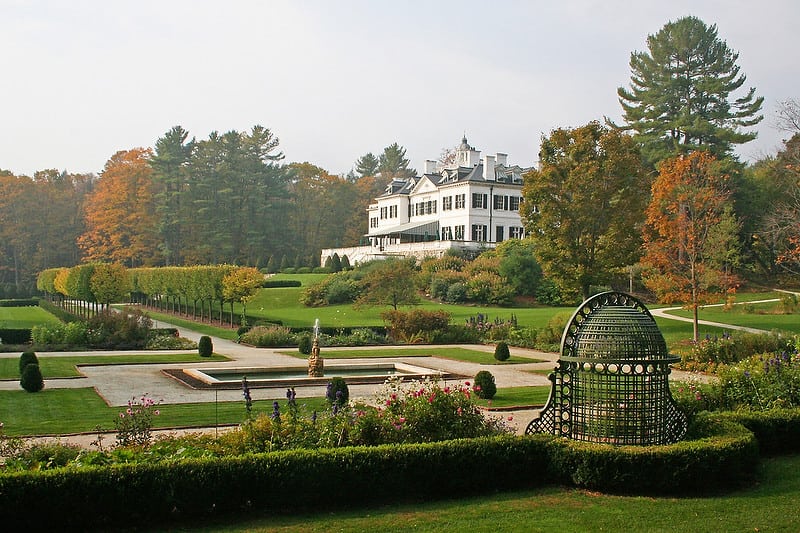 (LENOX, Mass.) – In its programming for the coming year – the 150th anniversary of author Edith Wharton’s birth – The Mount will pay tribute to Wharton by highlighting her life, work, and achievements under the umbrella theme of Edith Wharton: 21st Century Muse. The Mount’s official opening day is this Saturday, May 5.

Highlights of the 2012 season include the opening of the new exhibition, A Beautiful Construction: Edith Wharton at The Mount; the ongoing reconstruction of Wharton’s bedroom suite; and readings, talks and lectures, including Nini Gilder’s Who Was Teddy Wharton? A Biographer’s Journey; a day of practical gardening tips with expert gardeners Naomi Brooks, Karen Bussolini, Heather Poire, and Kerry Ann Mendez; and novelist Jennie Fields reading from her upcoming book, The Age of Desire.

The 20th season of the Monday Lecture Series will include Sally Bedell Smith, author of Elizabeth the Queen: The Life of a Modern Monarch; Gioia Diliberto, author of Paris Without End: The True Story of Hemingway’s First Wife; and Irene Goldman-Price, editor of My Dear Governess The Letters of Edith Wharton to Anna Bahlmann, a 40-year collection of letters from Wharton to her closest confidant; and New Yorker writer Susan Orlean, reading from her upcoming biography of the beloved dog actor Rin Tin Tin.

Also on tap are family theater on The Mount’s outdoor theater, with a production of Pinocchio presented in partnership with Berkshire Theatre Group; The Inner House, a production by The Wharton Salon, adapted from Wharton’s own memoir, A Backward Glance; and the second Berkshire WordFest, celebrating words, ideas, authors, and readers, which will take place September 14-16, 2012.

In addition, The Mount will continue to offer programming including the popular Wharton on Wednesdays; Music After Hours on the terrace; and weekly ghost tours.

“We are very excited about this coming season. We have made a conscientious effort to showcase Wharton’s personal story,” said The Mount’s executive director Susan Wissler. “The Mount is the home she built for herself and it’s where she really came into her own. This season is about celebrating Wharton-her life, her accomplishments, and her continued relevance. Wharton is enjoying a strong resurgence, because her story and her achievements still resonate today.”

Under Wissler’s direction the past few years, The Mount has made a miraculous comeback, steadying itself and improving its reputation and public face after a financial debacle that threatened the historic house with foreclosure as well as administrative turmoil that raised questions about the cultural venue’s mission and oversight.

The Mount will be open from 10 am-5 pm every day, May 5 through October 31, 2012. Guided tours of the house and three acres of restored formal gardens-among the largest and most exquisite in New England-will be available for $2 plus admission starting on May weekends. Guests may also take self-guided tours of the estate at any time during opening hours. Call 413-551-5111 or visit The Mount for information and daily schedule. Group tours may also be arranged at a reduced rate.

The Mount is both a historic site and a cultural destination inspired by the passions and achievements of Edith Wharton. Designed and built by Edith Wharton in 1902, the house embodies the principles outlined in her influential book, The Decoration of Houses (1897). The property includes three acres of formal gardens designed by Wharton, who was also an authority on European landscape design, surrounded by extensive woodlands.

The 10 years Wharton called The Mount her home changed her forever; both as an artist and as a person. For Wharton, it was a period of self-discovery, growth, creativity, and validation, as well as agitation, in the most intimate areas of her life. While at The Mount, Wharton wrote both Ethan Frome and The House of Mirth.

Programming at The Mount reflects Wharton’s core interests in the literary arts, interior design and decoration, garden and landscape design, and the art of living. Annual exhibits explore themes from Wharton’s life and work.