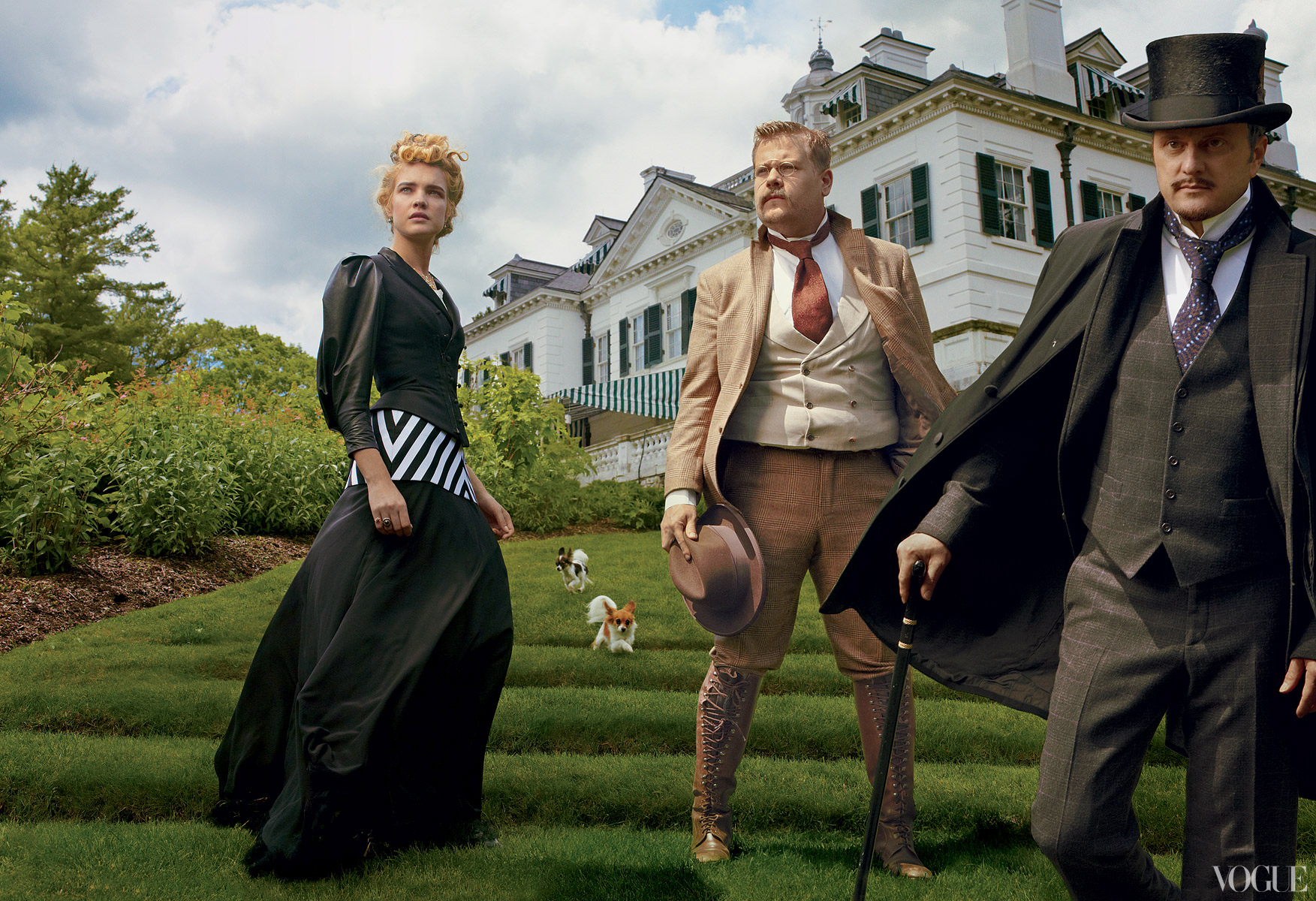 Vogue Magazine  presents “Custom of the Country”, an 18-page spread with photos by Annie Leibovitz, styled by legendary VOGUE Creative Director Grace Coddington, in the September 2012 issue of VOGUE. The feature includes an essay by award-winning novelist Colm Toibin about Edith Wharton and her complicated love triangle with Morton Fullerton and Henry James.

And in a piece entitled also “The Custom of the Country,” Hamish Bowles writes about The Mount, deeming it a “uniquely seductive manse that Wharton herself considered a masterwork.”